Meetings on the last Thursday of the month at 7:30pm at the Clubrooms (except Summer)

A group of 4WD enthusiasts set of for a nine day trip which culminated with the driving of Googs Track just north of Ceduna.

After meeting a Dublin the group drove to Port Augusta through heavy and unrelenting rain. Fortunately by Port Augusta the rain had given way to clear skies. After a brief stop for lunch we drove north to Glendambo for a quick refuel stop and then on to Kingoonya. The night was spent at Kingoonya with a meal at the pub and sitting around the fire that was at the front of the pub for all to enjoy.

Next morning after receiving permission to use the roads that were closed we set off for Mt Ive Sheep Station. This was a short trip and once there we set up camp for three nights. The facilities were good and it was not long before we had a raging camp fire burning.

Sunday morning we drove one of the longer tracks and then in the afternoon a shorter one. All the tracks were very rocky which meant that you had to concentrate on where you were placing the car on the track.

Monday we drove out to Lake Gairdner the lake is over 300km long and at the moment is full of water all of which is rain water as it is not fed by any major rivers. On the way back to camp we detoured and drove up Mt Ive. The track was extremely rocky and was slow going but the view was worth the effort.

Tuesday we drove to Pildappa Rock a wave rock formation then on to Smokey Bay were we spent the night.

Wednesday we drove to Ceduna and stocked up on last minute supplies and filled the vehicle for the track. It was not long after passing the sign that told us we were on Googs Track. It was not long until we hit the first sand dune and there was plenty more after that. About 40km along the track we came to the memorial and the Money Tree and not to further on was Googs Lake and the camp ground were we spent the night. Again there was a large warm campfire. So far the weather had been excellent with warm sunny days and some cool nights.

Thursday we spent all day on the track sand dune after sand dune the lead to the top of each ridge was very bumpy from vehicles scoring the track and causing deep corrugations. However the views from the top of the dunes were spectacular. For the most part of the drive we did not need to get into low range as the driving was easy and the track was firm. We eventually arrived at Mount Fink which had a Bush Camp ground (no facilities). Again we sat around the camp fire and discussed and joked about what we had seen and done.

Friday Wolf and Rudy left early as Rudy had injured himself overnight and needed medical attention. The drive to the end of the track had some of the more challenging dunes as there was plenty of soft sand. Once off the track we headed back to Kingoonya via Tarcoola were we explored the old pub and houses were it looked like the people just walked out and left everything. We spent the night at Kingoonya with a meal at the pub and staying in cabins at the caravan park.

Saturday was the long drive home and again run into rain south of Port Augusta. 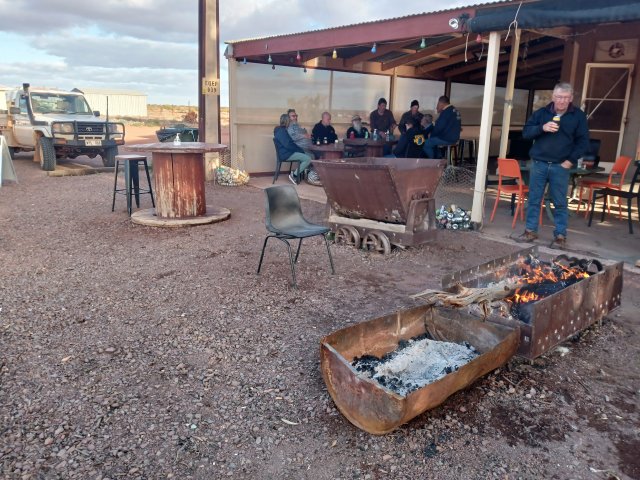 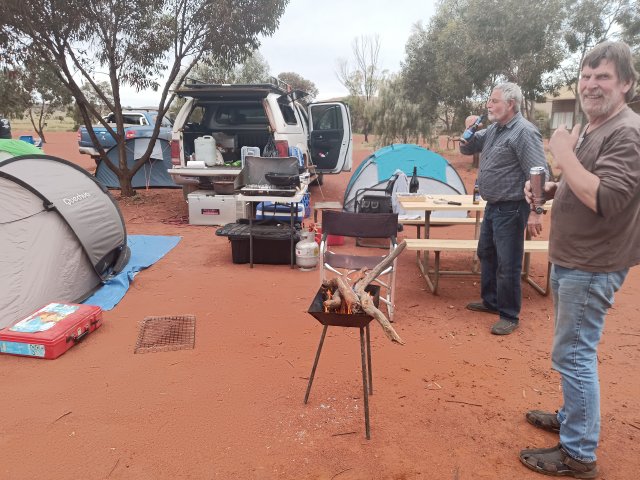 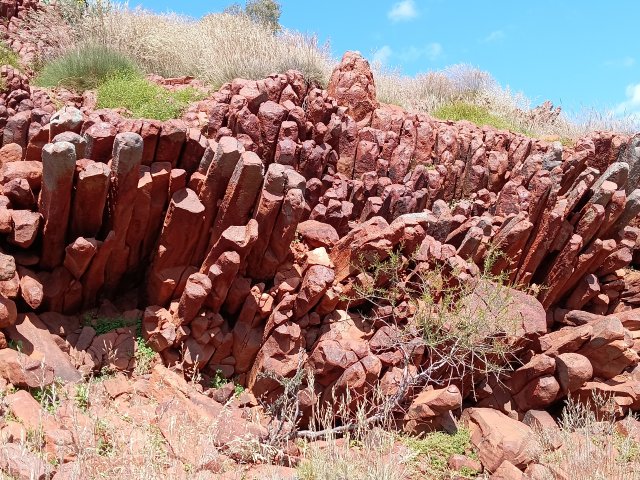 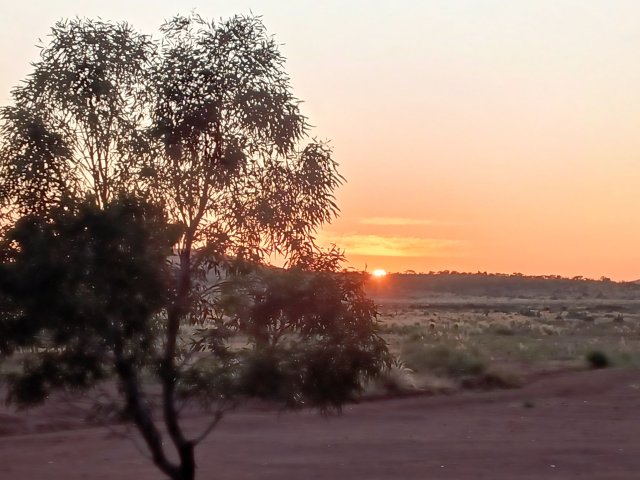 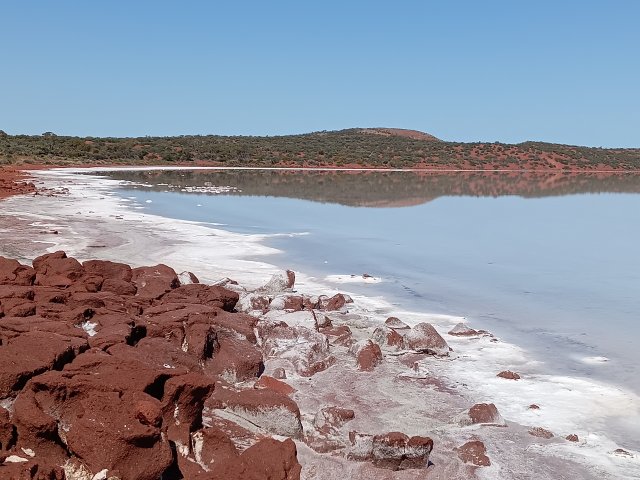 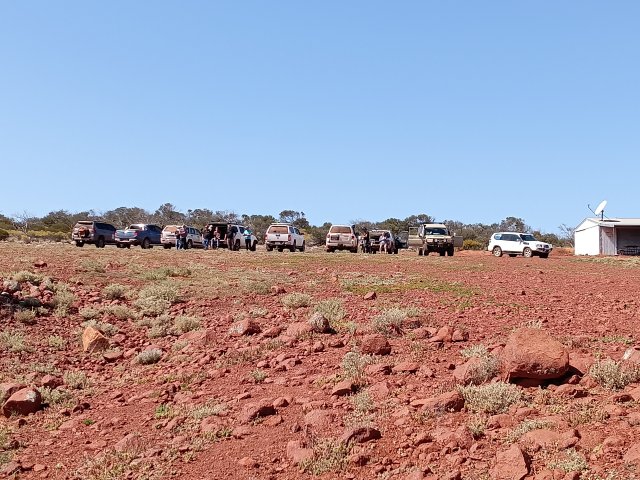 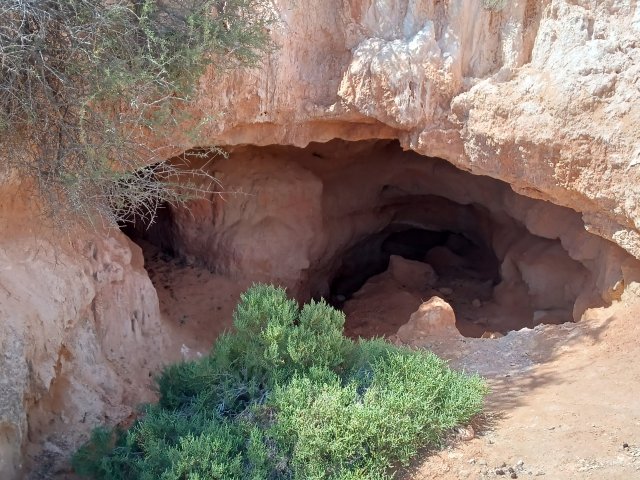 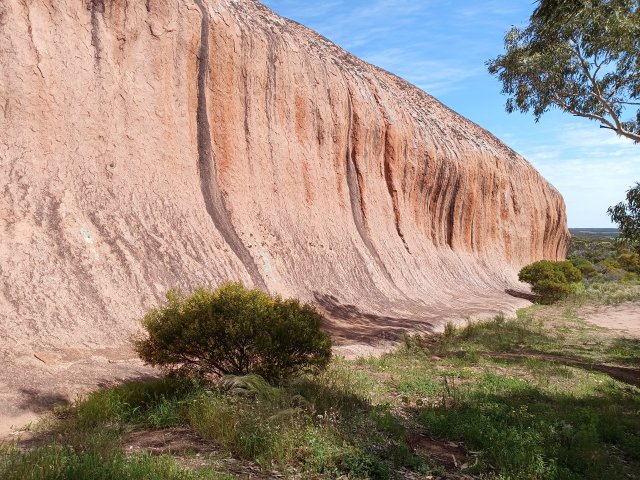 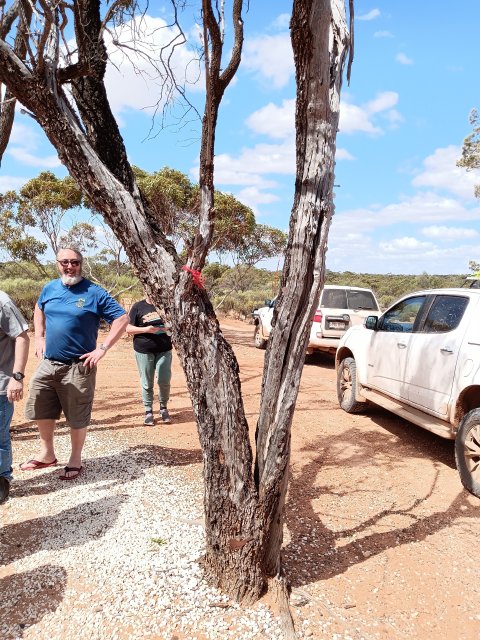 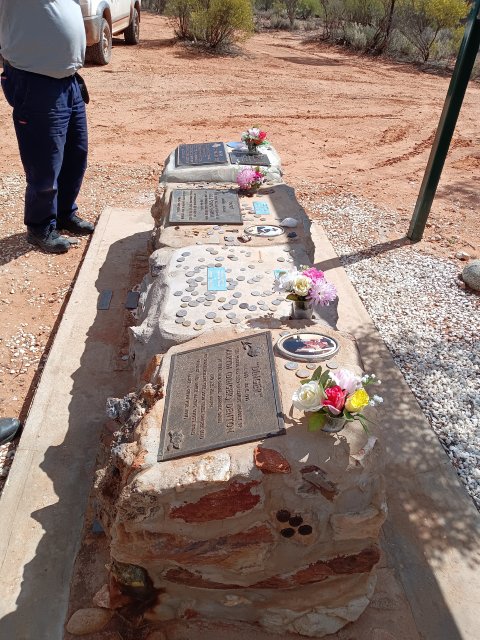 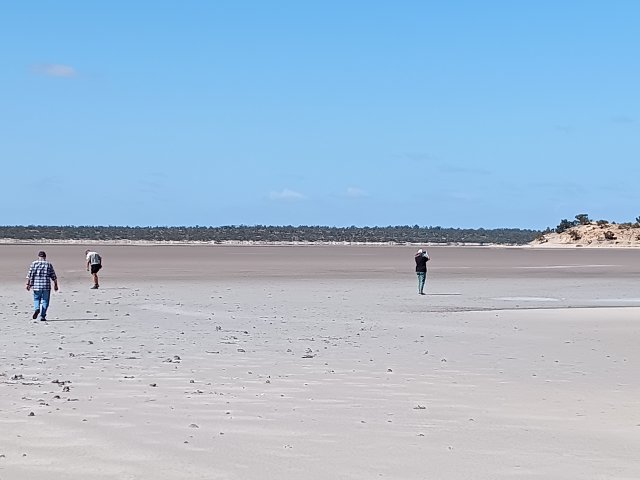 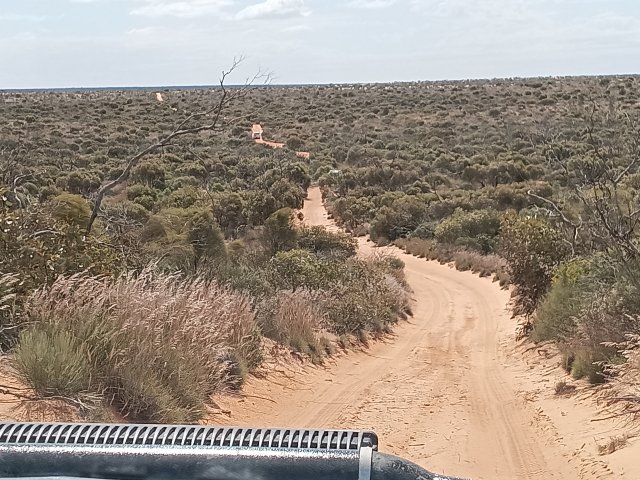 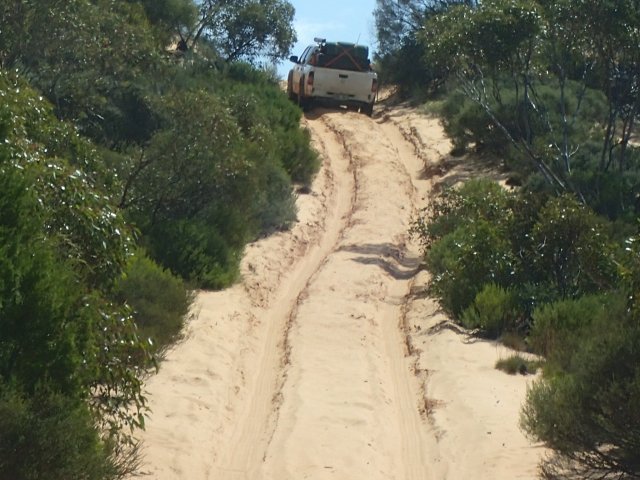 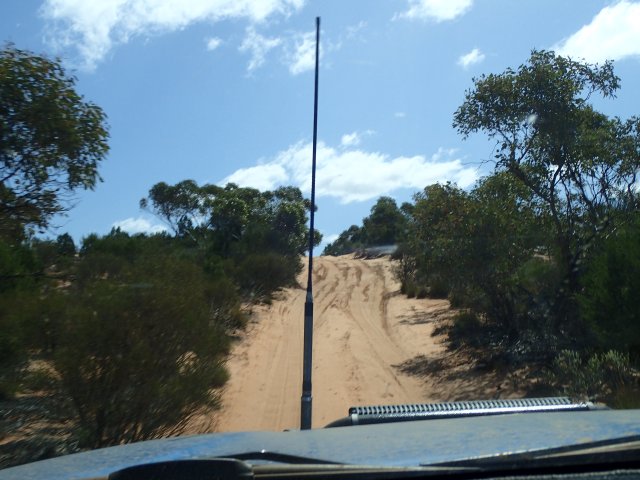 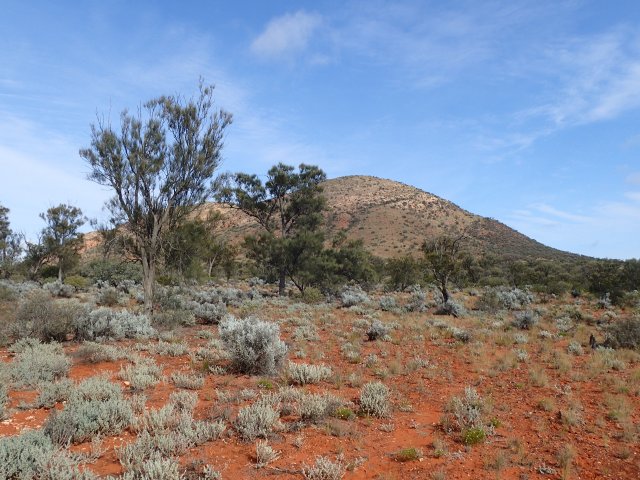 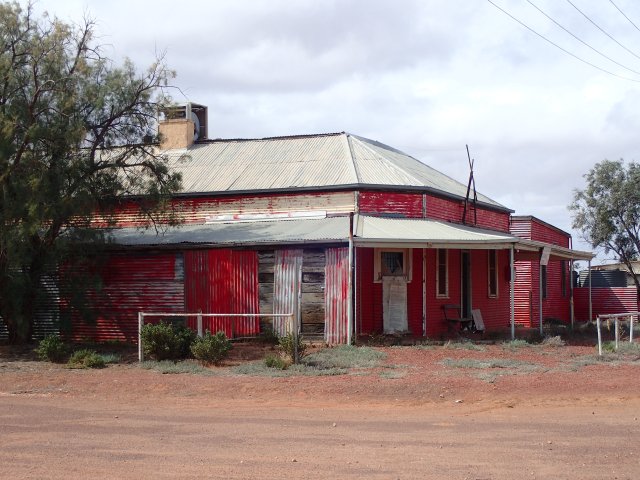 A group of Seawolves spent the weekend at the Argadalls, a working sheep station located north of Quorn.
The Argadalls allows guest to bush camp, hike and four wheel drive their tracks.
Most of the tracks had some challenging sections but the views and the wild life that you saw was spectacular.
A must see point was Mount Arden and Saturday was a clear day and we could see Pt Augusta and the surrounds.
Around every bend in the track there was something new either in the way wild life like narrowly missing a kangaroo jumping in front of the car or an amazing rock formation.
Night time was a cook up and then a few beers or wines around a rather large camp fire and recalling the adventures of the day. Fortunately this time there was very little damage to the vehicles and no real Dobb ins. although Wolf still does his ghost act and disappears early in the evening.
Below are some photos of the trip. As most of the time I was driving I did not have time to take many photos.

After spending the night at Carpenter Rocks we headed onto the tracks of the park. Wolf was leading and giving a commentary of what there was to be seen along the way. Firstly there was a wreck of a yacht washed up on the beach then on to Lake Bonny and the first of many Sand Dunes.

Late in the afternoon we came across an impressive sand hill that nobody was able to reach the top except Johnno with a mighty burst of acceleration launched his car three meters into the air and then flew fourteen meters down the opposite side before touching down. Fortunately there were only minor injuries to the occupants but the car was a lot worse for wear but still quite drivable.

Saturday night we stayed at Southend Sands Caravan Park that had dormitory style accommodation which was basic but comfortable.

Sunday we set off on the second leg which was from Beachport to Nora Creina. The drive was a little less dramatic than the day before however Johnno decide he would go down the face of a sand dune that we had all parked along the ridge of. As he set off the car became stuck on the ridge and had to be winched off. On the second attempt Johnno made it over and safely made his way down the face and then drove out.

I got stuck on a climb again however after on the third attempt and using the appropriate gear range I made it over. After this there was a run along the beach and into Nora Creina where we pumped up the tyres and headed off to Mustards place at Cape Jaffa for an overnight stay.

A good weekend was had by all.

A small group of Sea Wolves headed off to Arkaroola luckily before the big wet that hit this week. Meeting at the Lower Light Hotel for lunch on the first day then making a leisurely drive to the Cradock Hotel for an overnight camp, a meal and a few beers. Next morning after a leisurely breakfast at Hawker it was on to Arkaroola and set up camp for the week.

Monday was a drive out to Lake Frome in the morning and for some the afternoon was a hike up a 300 meter hill overlooking the village.

Tuesday we visited several mine sites in various states of decay.  All were interesting and the tracks to get to them were a bit bumpy. That day we also visited the Ochre Rocks.

Wednesday we drove a demanding track during the morning and afternoon was spent over a beer or two. Thursday morning several members went for a bushwalk to an observatory then headed off for a drive through the national park. Thursday night dinner was at the local hotel and watching Power defeat Geelong. Friday was the drive out to the radioactive Hot Springs and a picnic lunch.  The drive out was good but the return journey was starting to get congested with school holiday adventurers. Friday night was spent watching the stars at the observatory with an in-depth dialog by a local astronomer.  His pictures of the galaxy ‘in real time’ were amazing.

All in all the weather was perfect. The 4wd and bush walking everyday were great and the late afternoons were spent practicing for retirement with happy hour and nibbles, sometimes an ice cream and an afternoon sleep. Not necessarily in that order.  The wildlife was a bit sparse out on the track but in the camper trailers we had huntsman spiders and a brown snake that only Mike and Linda saw and as there was no photo it is not considered official.

Fitzy is planning a 4WD trip east to west across the Simpson Desert to Birdsville.

Then driving on to Oodnadatta arriving in time for the Oodnadatta Races on the 11 May 2019.

More details closer to the date.

The Bush trip is over!  below is a report and some photos of what happened.

Last Sunday I set off for Innamincka where I was to meet up with other members of the dive club. Our plan was to conduct a tour of Outback Historic Hotels.
Along the way I came across Eagles feeding on road kill and stopped for pictures of the birds.

Camping and driving the tracks at 42 Mile Crossing. Plus snorkelling Ewens Ponds and drift down Eight Mile Creek and seeing if we can make it to the sea.