A great day conditions were good except somewhat cold with the water temp only 13c and air temp not much different. The fish life is a bit sparse with only the local's reef fish hanging around. Of interest the cuttle fish that has been seen on several dives is still there. Visibility was good due to the lack of rain we have had in the past few weeks.
There was a slight current that picked up pushing us towards the anchore so the return journey was relaxing despite the cold.
A pie and a few beers at Whiskey's place rounded the day off nicely.

Today was Whiskey's weekly local dive. We set out for the Dump as conditions were not the best with a strong northerly wind blowing.
It was not long after dropping anchor that we were all in the water. Under the water things calmed down and with almost no current we were greeted to almost 20 meters visibility and the most fish I have seen along the coast for many years.
Whiskey went looking for a shark shield that he had dropped on a previous dive whilst Dong and I took pictures along the way at the many features that are present.
It was as we were almost back to the boat that Whiskey found an anchor that needed to be recovered. Back at the boat the wind had dropped out and it was a comfortable ride back to the boat ramp.

Todays dive was with Whiskey, Thong and Dong.

We were diving at Hallett Cove the sea was a bit lumpy but under the water was good.

Their was almost a dodge tide today and all the fish appeared to be hiding. However there was almost no current which made for a relaxing dive.

The area had a small ledge which ran for about 20 meteres and there was a few local fish hanging out but not much activity.

There was several Blue Devils all where hiding and we could not get a clear photo of any. 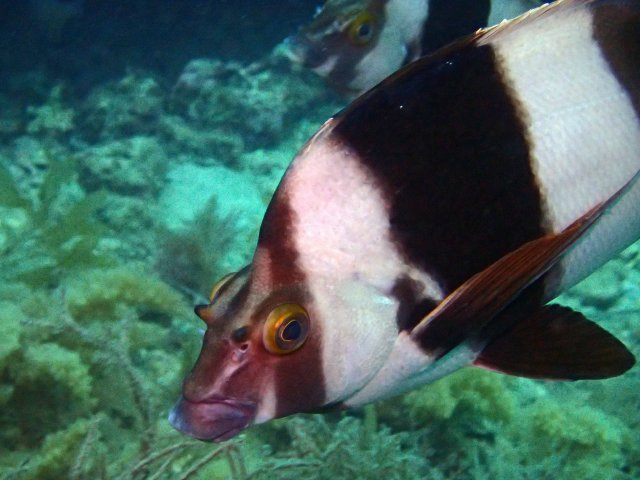 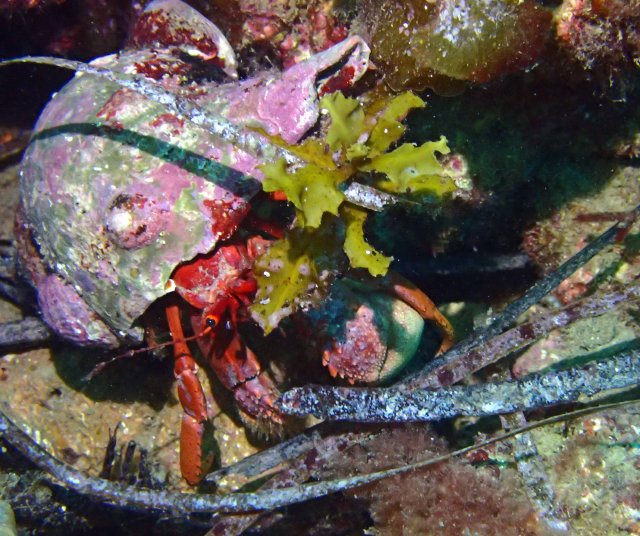 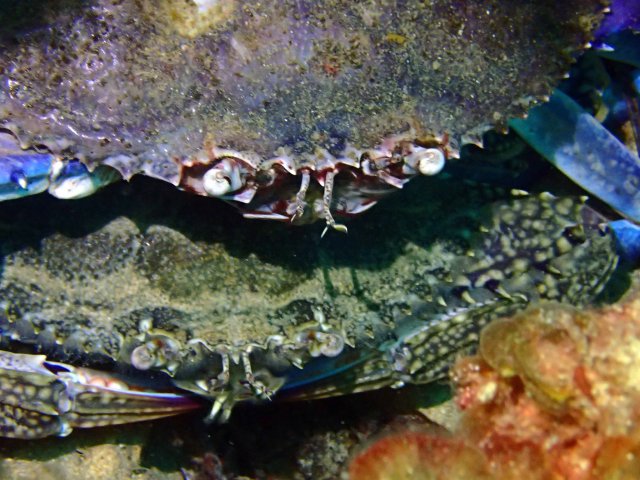 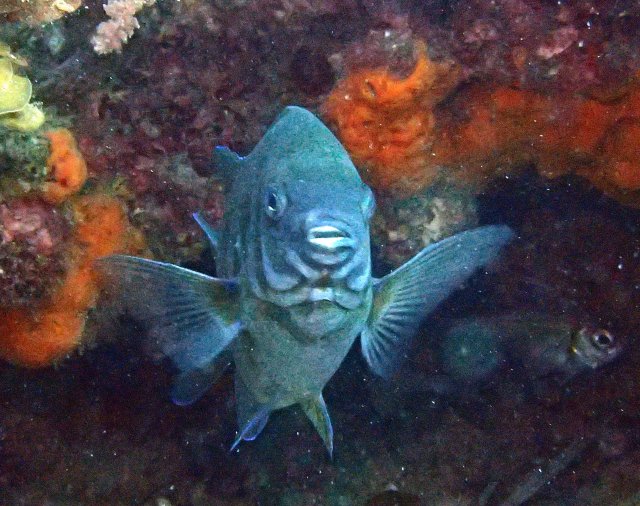 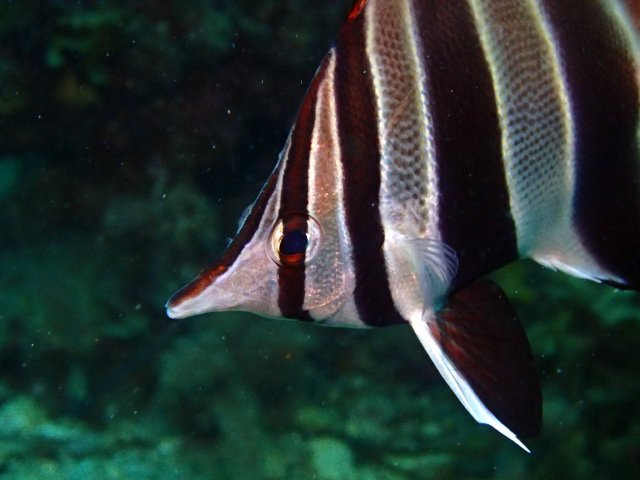 On Tuesday members of the club dived the north reef of Port Noarlunga. This is a shallow site with a max depth of 8 meters. In this area the reef drops below the water level so you are able to easily swim across  to the outside. I find this area far more interesting than diving from the jetty as there are swim throughs, ridges and small drop offs to explore. Today we saw a large school of Silver Drummond and two dolphins were seen following the Silver Drummond.
Conditions were good for diving with little or no current and water temp was at 22c. Visibility was reduced slightly due to fine particles in the water.
No dive is complete without a anchor recovery and this was no exception with two anchors recovered from the reef one taking a lot of work to free it 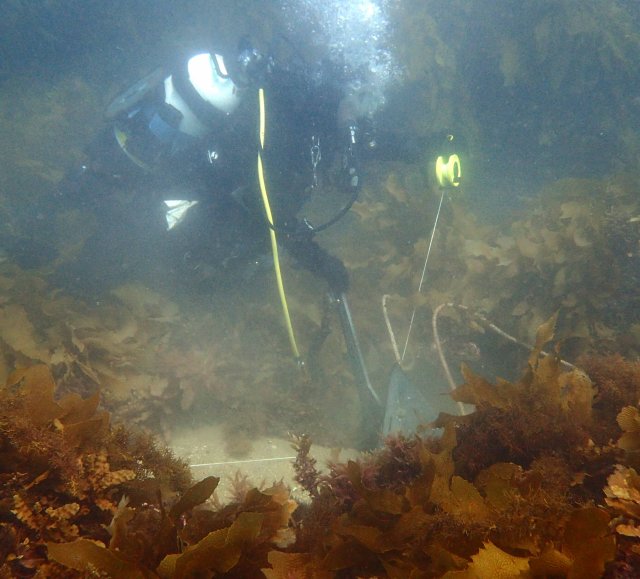 A school of small fish 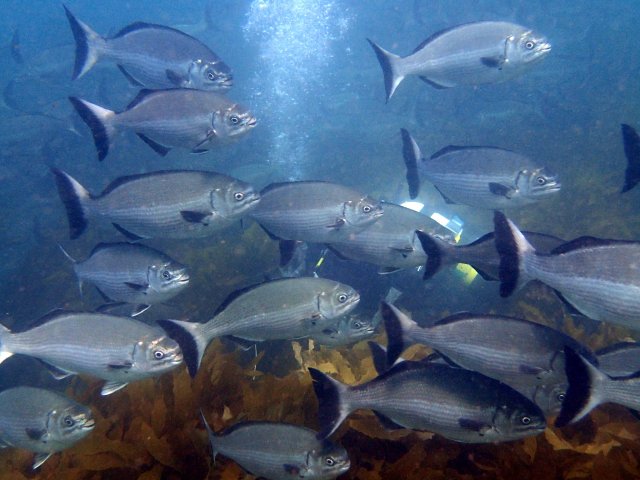 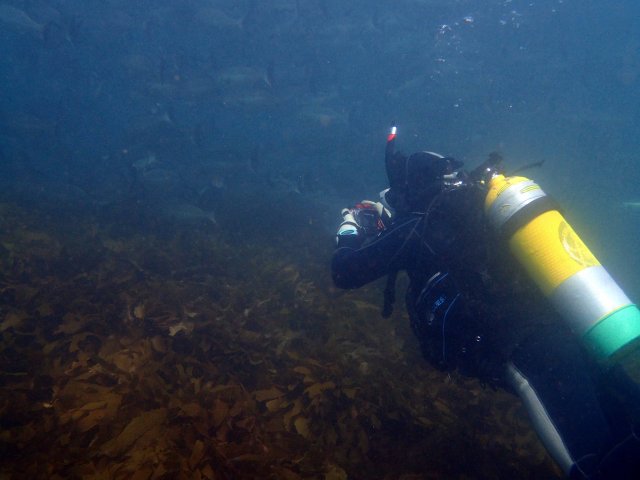 Relaxing in the Kelp