Thursday saw a group from the club out for a dive Dong, Thong, Vicki and Alaln. The journey out to the Seawolf was a bit lumpy and there were one or two swells well over a meter. We were a kilometer away from the dive site when Dong was so excited about the upcomming dive that he threw himself into the dive early and without his dive gear. Dong was brought back onboard unhurt and we continued to the dive site

Once in the water the conditions were magic the sea was tropical blue and vis was out to way past 10 meters.
There was plenty of fish life active around the wreck and the nearby tyre reef was full of life.
The swim through of the Seawolf was crowed with fish life that made it slow going. The dive was well worth the bouncing around on the journey out. By the end of the dive conditions had calmed down and it was a pleasent trip back to OSB to change over tanks for the second dive at the Dump.

An excellent second dive the conditions were as good as at the Seawolf and the sea had dropped out from the morning except for a slight swell. There was an amazing amount of fish including a Wobbygong, plenty of Snapper. with Bore fish,Blue Devils and a school of whiting around the two pontoons that we dived on. 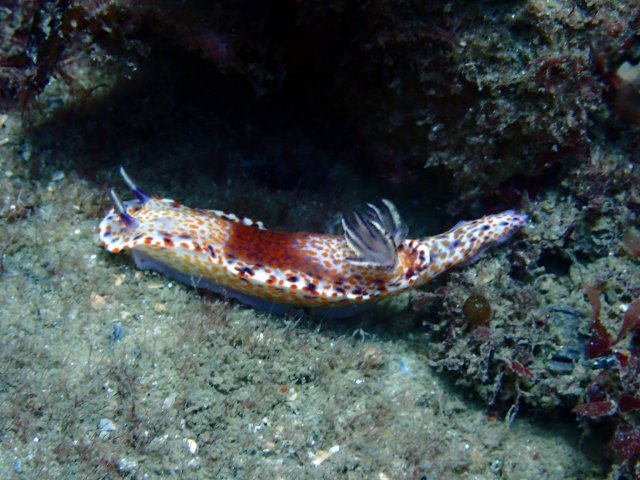 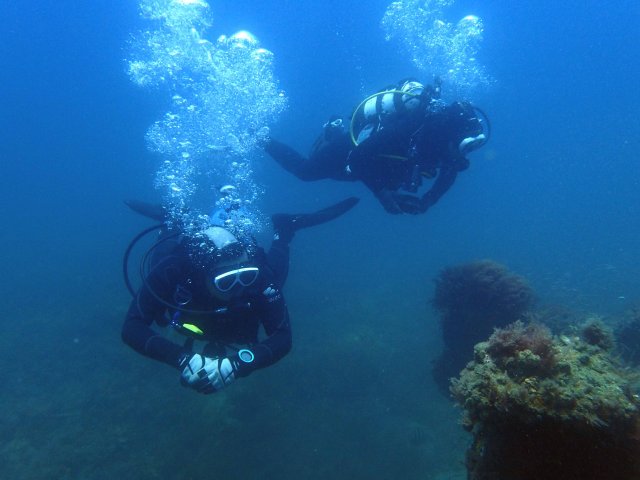 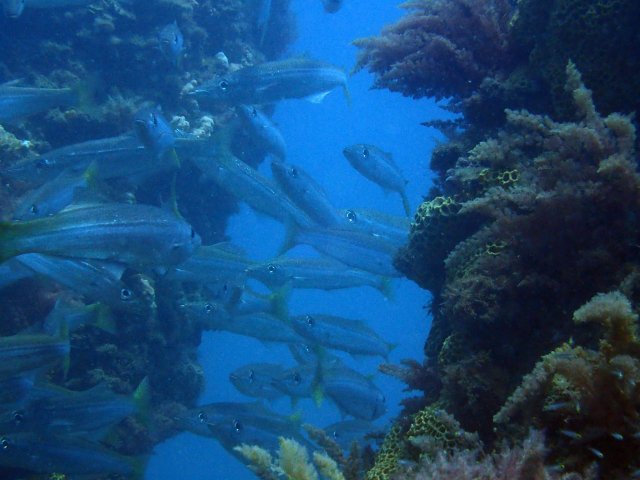 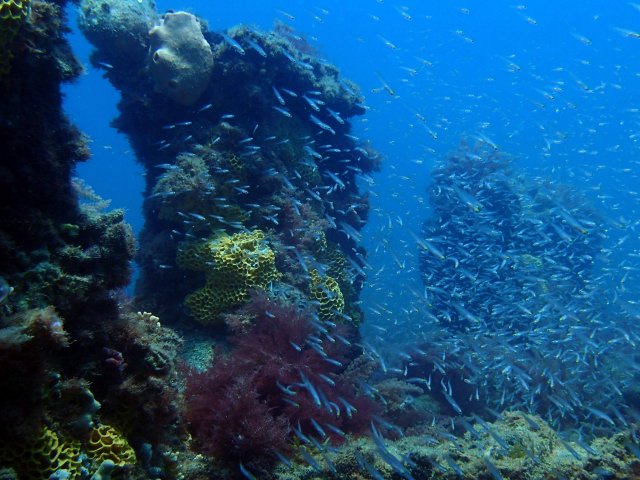 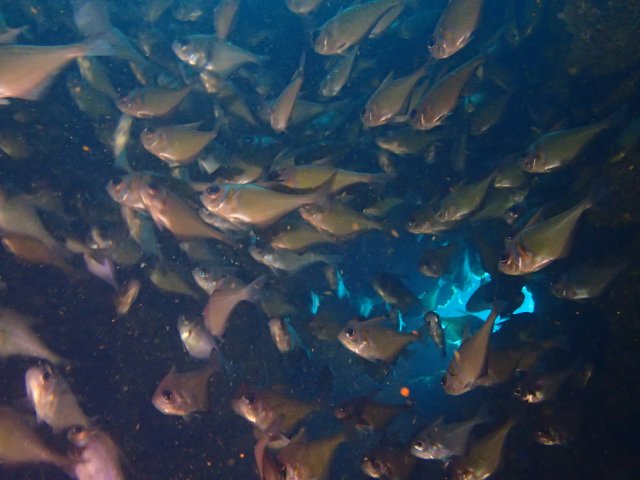 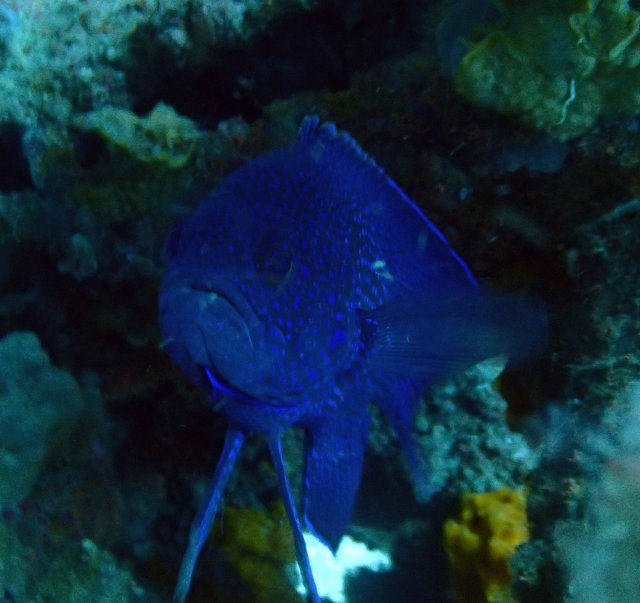 Dong, Thong, Vicky and Alan went for a dive at Stanvac Jetty. Went out onto sand at the northern end and found a sunken pontoon and some structures. Plenty of fish including snapper and a rather large cuttlefish. 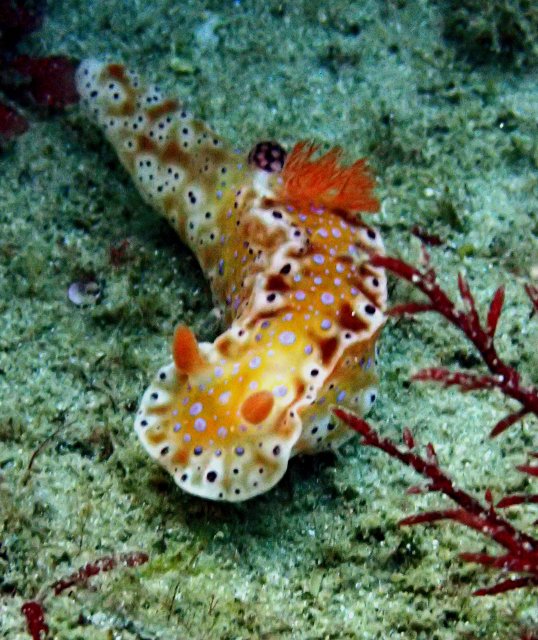 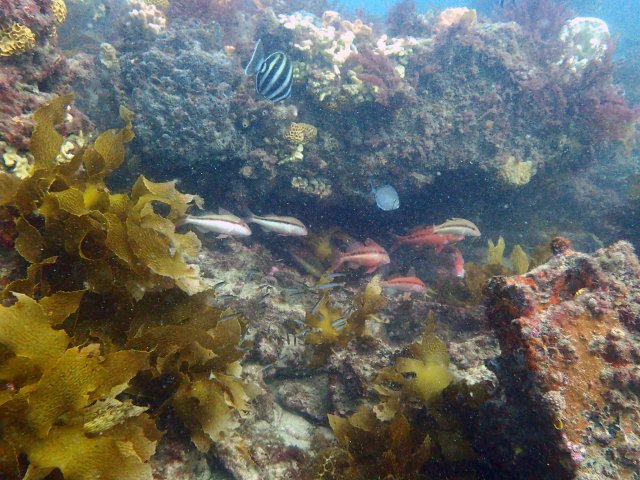 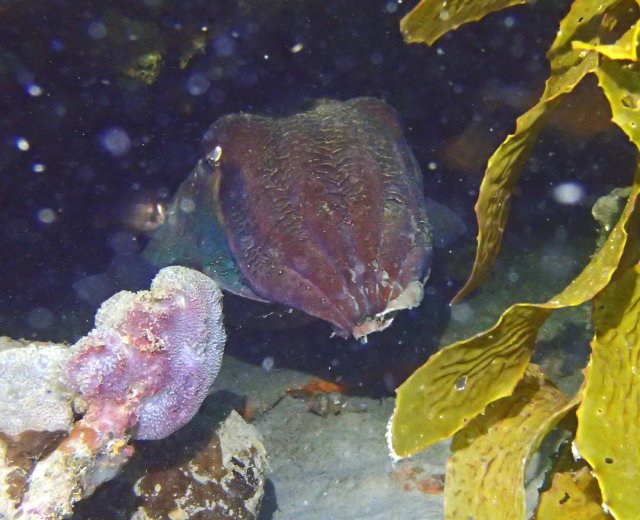 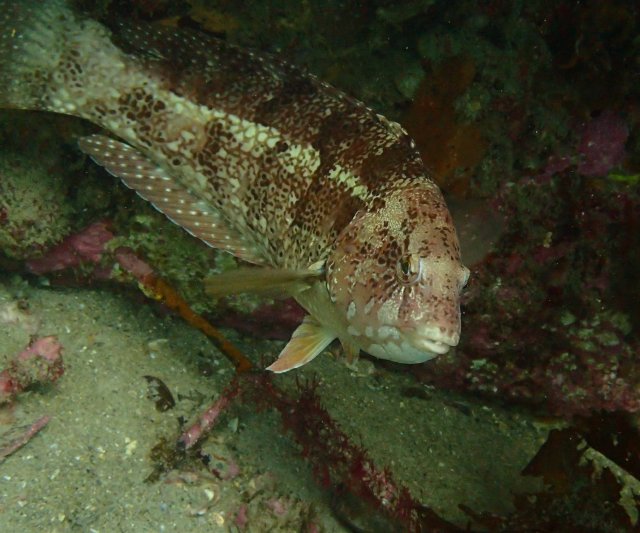 First dive on the Ex HMAS Hobart for quiet some time. The first few photos were taken inside a machinery space using my torch which seems to be quiet good as a video light. Blue Devils have moved in to many of the spaces and can be found throughout the ship. The upper deck and superstructure have become a fantastic reef system as some of the photos will show. Thanks to Thong dong and Vicky for making this a very enjoyable dive. This was an awesome dive on the HMAS Hobart today with Alan, Thong, Vicky, Dong, Pat, Alex, Gareth, and Angela. For this dive we had boat covers. SURPRISE

Big thanks to Whiskey for lending us his boat.

Since the last meeting the club has been very active. Just before Christmas several members set out for Edithburgh for jetty diving. After dodging bush fires and electrical and dust storms the party made it to Edithburgh and conducted an inspiring night dive but the next morning conditions were not so good on the surface but still excellent in the water around Edithburgh with a great many photos taken. Next was Port Giles. When Alan jumped in off the jetty and turned toward the Jetty he could not see it, Vis was down to inches if that so that dive was called off. There was another night dive at Edithburgh and dives at Point Turton and a memorable dive at Port Hughes where a mobility scooter was found at the end of the jetty.

Cape Jaffa and the Cray Bash was extremely popular. One or two divers even had time during the hunt to look around and see creatures other than crays. Johnno mentioned that he saw an Eagle ray with a wing span of over two metres.

Wolf took Jugs under his wing and found him a small cray to catch this took Jugs most of the dive; meanwhile Wolf lands a giant of a cray. However next time out, Jugs is off catching his own reasonable size crays. New Years Eve saw Johnno and Mustard both bring in a 4.4 Kilo cray each only to be out done by Rod who landed a 4.85 kilo monster.

There was also a lot of local diving at the Dump, Lumb and Seawolf, Seacliff Reef and Victor Harbour with ideal diving conditions warm water and good vis. All the sites had an abundance of fish life and several Leafy Sea Dragons had been seen at The Bluff Victor Harbour.