Sunday Four members from the Sea Wolves planned to do a double dive.

Expecting a large volume of traffic at the boat ramp Andrew launched his boat early and was going to meet on the pontoon at nine o’clock.

Nine o’clock passed with no Thong the fourth diver. So after a brief telephone call it was decided that Thong would join us for the second dive. So Dong, Vicky and Alan set out for the Stanvac Block.

Descending through the water column there was a strong current but the water was a deep blue, vis was at least 10 meters and the water was 21c. At the anchor we started the search for the Block. Unfortunately we were unsuccessful and by the time we were entering into deco we had only found one of the chains that are spread out over a large distance and attached o the Block.

With a quick change of tanks and Thong onboard we set out for the Lumb and Seawolf, two wrecks off Port Noarlunga.

Conditions at this dive site were just about perfect with very little current and excellent vis and this time we found the dive site with no problems as the anchor was over the wreck of the Seawolf.

Both wrecks were alive with various fish from Bulls eyes, Boar Fish, Leather Jacket and a school of Mackerel. Vis was out to 15 meters and the current that was present at the previous site had now dropped out.

After several circuits of the Sea Wolf and Lumb it was time to return to the surface after at least one excellent dive. 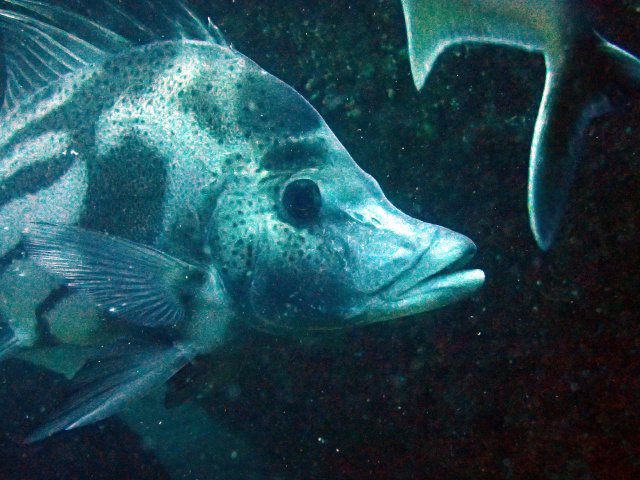 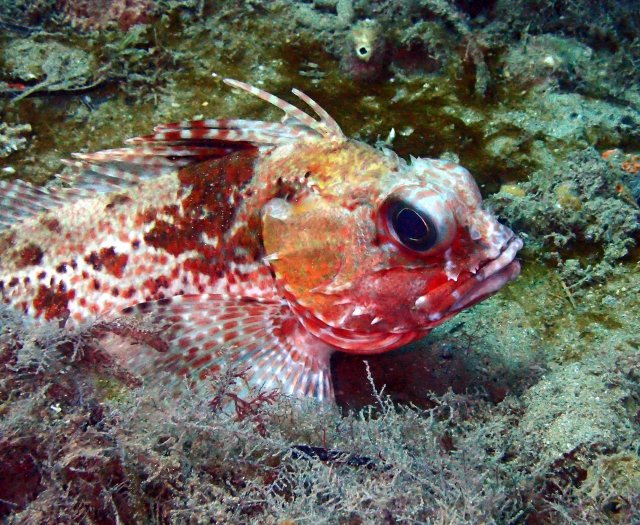 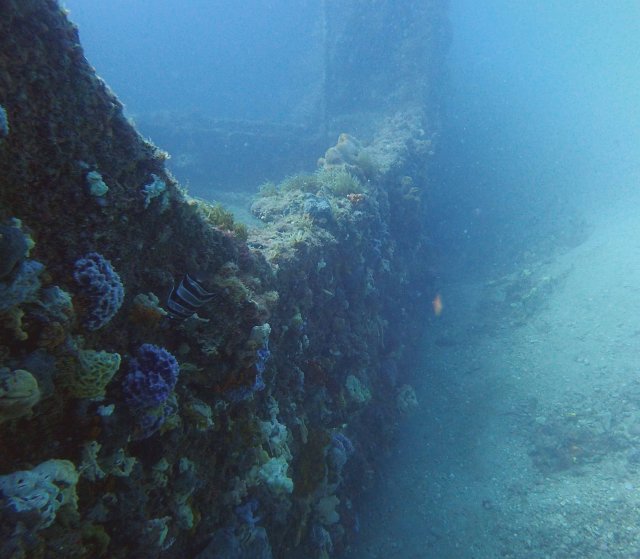 Port Side of the Lumb 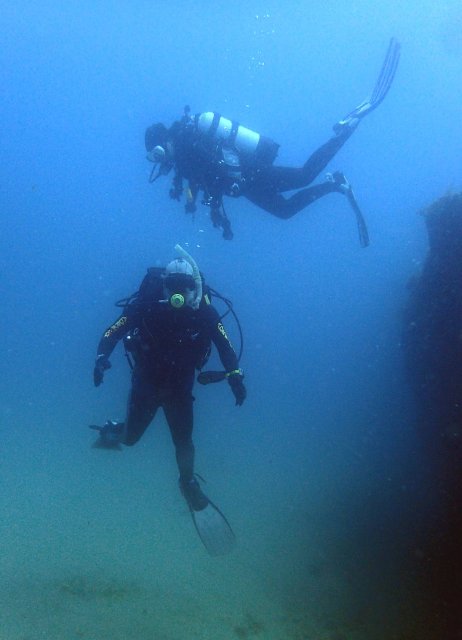 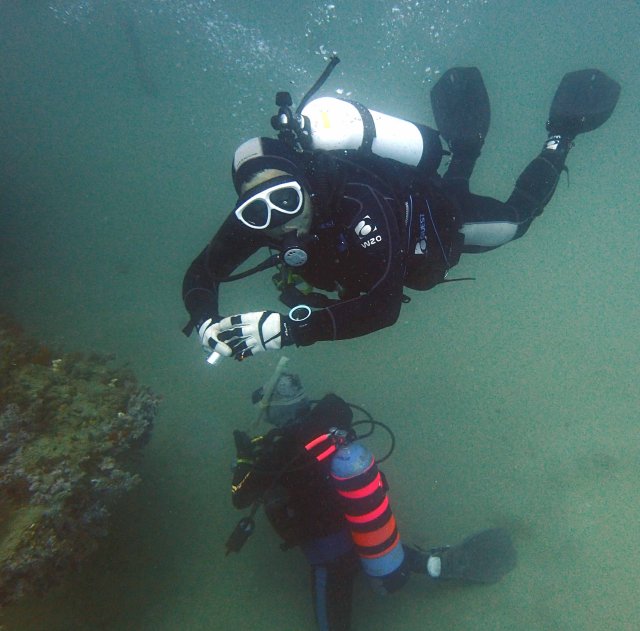