The Bluff at Victor Harbour

Today I went for a dive at The Bluff, Victor Harbour with Thong, Dong, and Vicki. We arrived early to avoid the crowds which as it turned out was a good idea as the Flinders Uni Dive Club were starting their dive as we finished ours.

The ladder at the jetty is a bit of a challenge but once in the water the swimming was easy although you could feel the effects of the surg along the rock face. Water temp was 20c and vis was at least 10 meters.

Initially I was a bit disappointed with the amount of fish life around especially when you consider how rich and plentiful the plant growth was.

Just before the point of turnaround we came across Leafy Sea Dragons and spent considerable time taking photos.

On the return leg we came across an Octopus that took a liking to Thongs arm. Many photos later and over an hour in the water we returned to the jetty and the somewhat challenging climb out of the water. 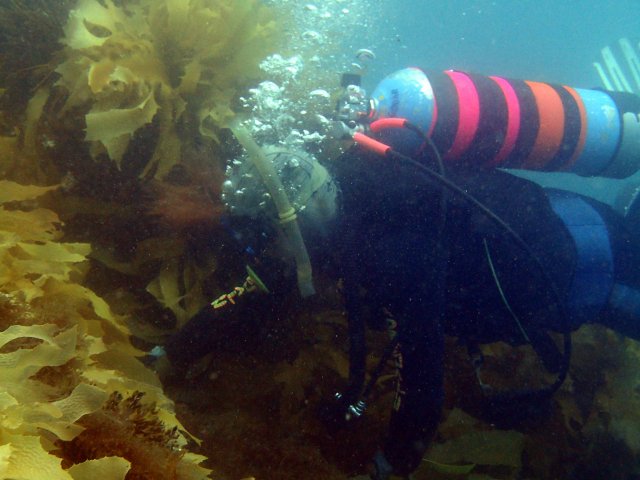 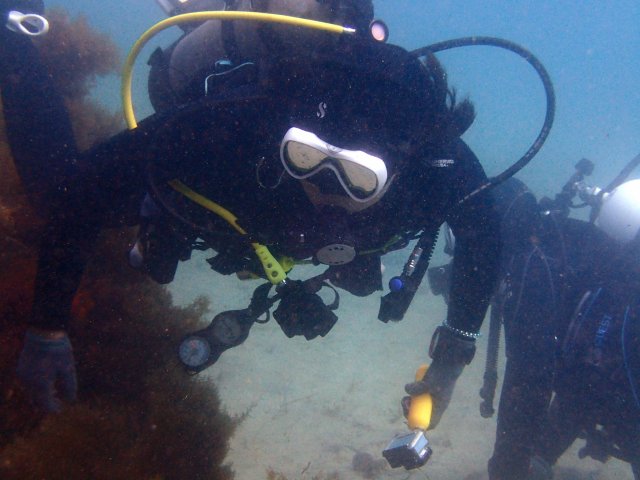 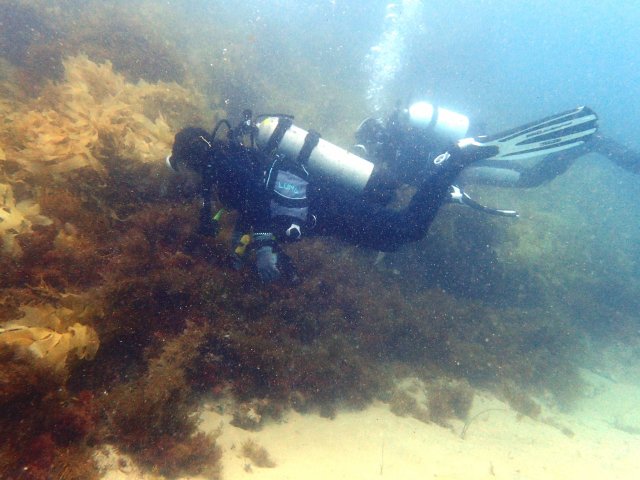 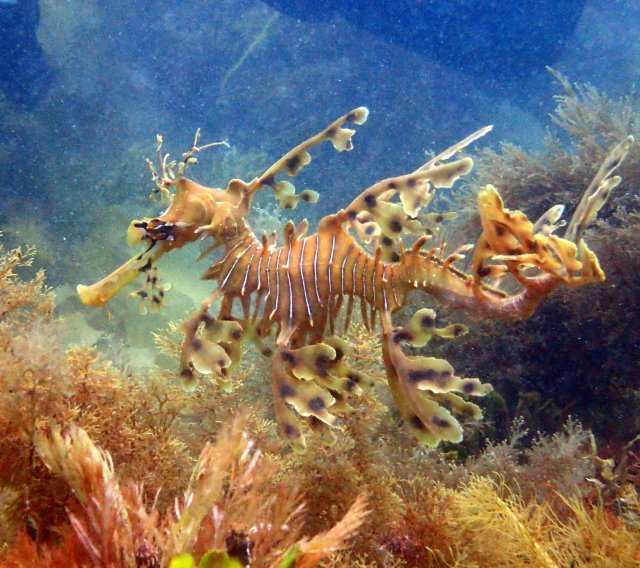 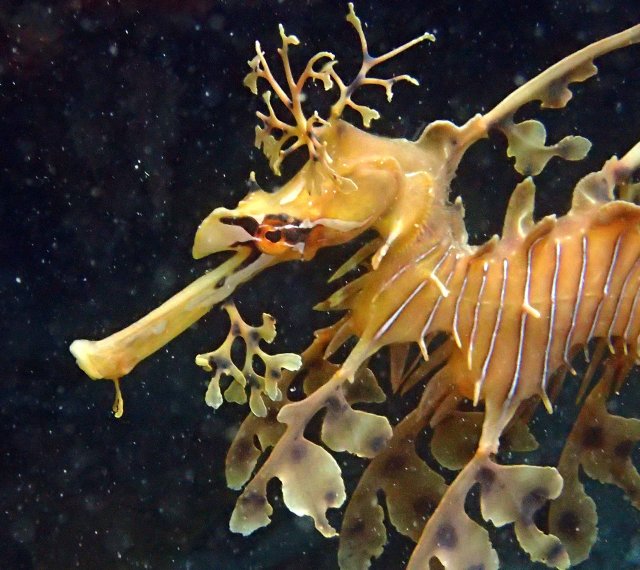 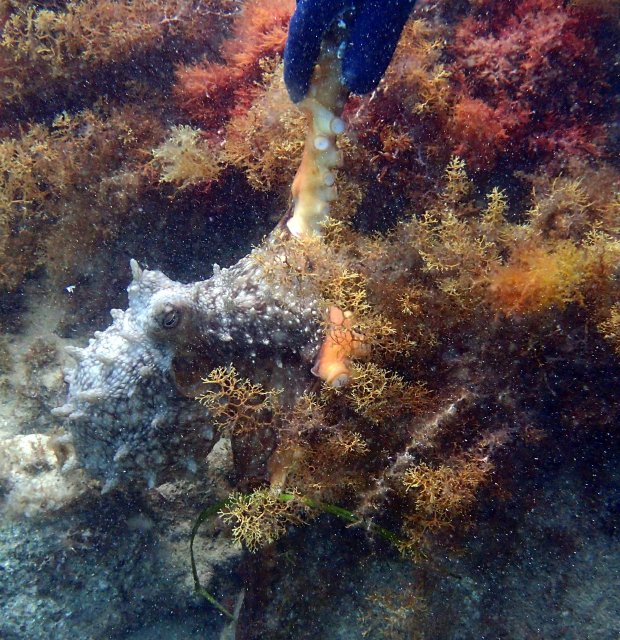 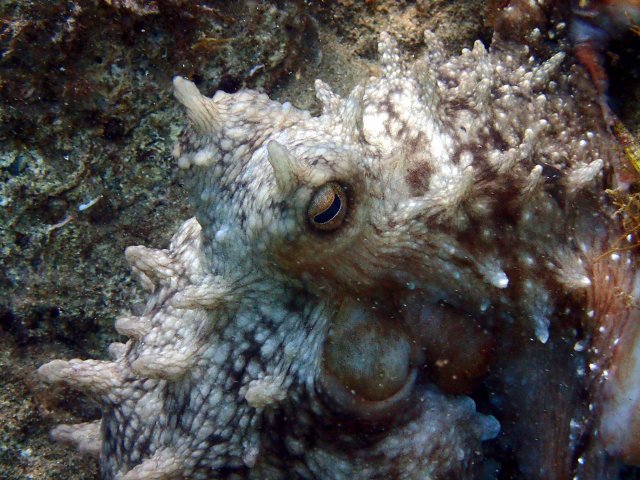