Today I had a great dive with Dong and Vicki. The forecast was for less than ideal conditions with a large tide which means there would be a strong current and also for winds around 18kts. We left O’Sullivan Beach Boat Ramp about 11am and soon after arrived at the Dump. The wind had started to pick up and the odd white cap started to appear.

We had timed our dive to be at the dive site at the bottom of the tide to avoid the current. Once in the water there was very little water movement and as we descended the Vis was very good just a small amount of residual sediment from the tide.

We had anchored a few meters from a pontoon which was extremely active with fish. Bore fish and snook were the most prolific there were also Blue Devils and tiny Nudibranchs.   We were able to see the second pontoon and swam over to it and spent a long time taking photos of the marine life and exploring the surrounds.

Before we realised it an hour had passed and it was time to return  to the boat. On the surface the wind had picked up and so had the sea so it was a lumpy ride back to the ramp. However it was ideal conditions for the Yachties that were heading out. 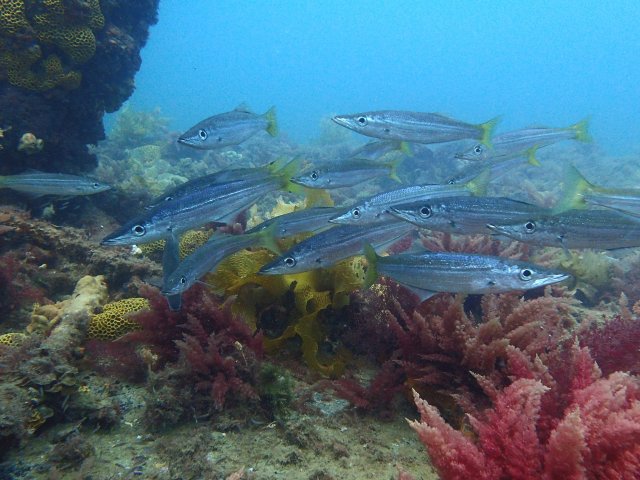 A school of Snook 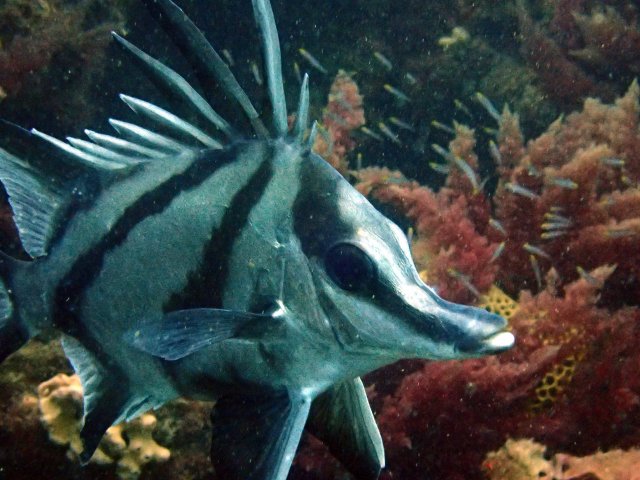 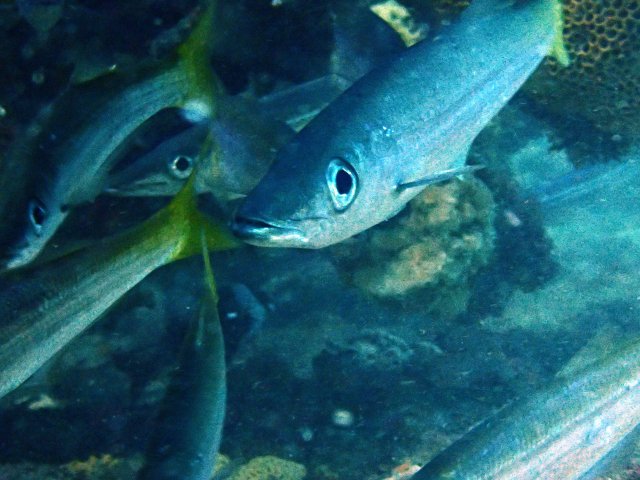 Close up of a Snook 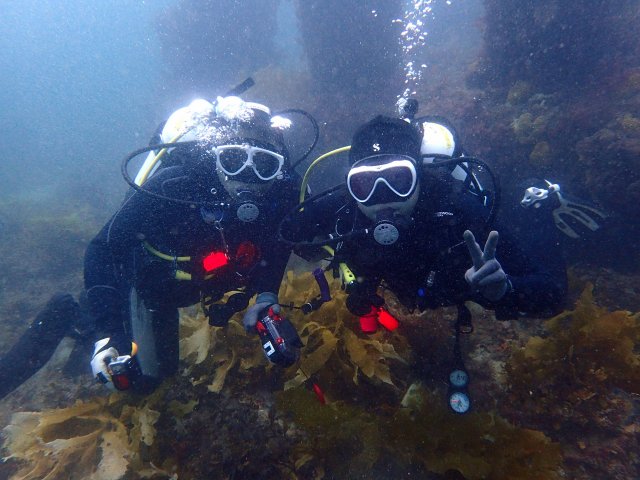